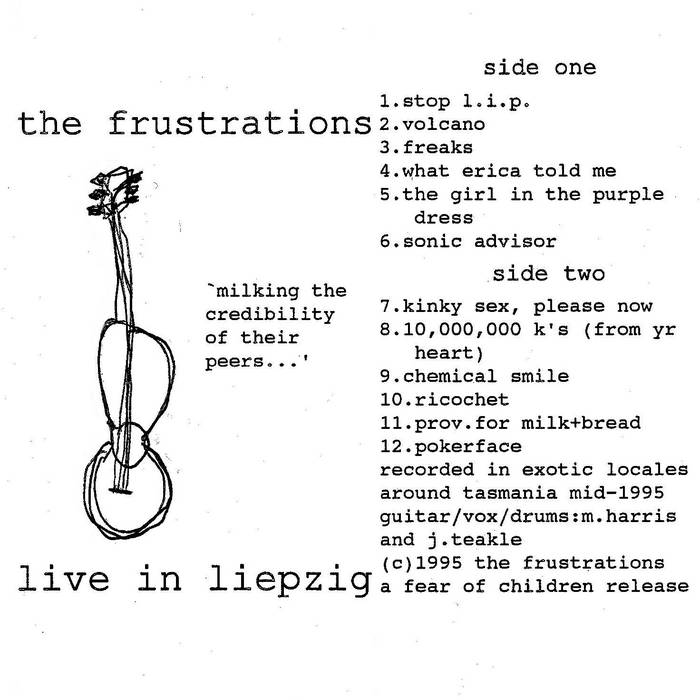 This was the first Frustrations release in 1995. Live recordings made on cassette dictaphones and reel-to-reel tape machines in Hobart & Launceston. Assembled by Julian Teakle and Sloth at the Factory.

Originally released on cassette by Fear Of Children.

Launched at the Couch Culture shop in November 1995.

The band played their first gig at the Brisbane Hotel in September 1994. They played regularly around Tasmania, made several journeys to various mainland cities, put out cassettes, 7"s and CDs (on Fear of Children, Chapter Music, Consumer Productions & Varispeed). They moved to Melbourne in 1999 and broke up after recording their last album in 2003. ... more

Bandcamp Daily  your guide to the world of Bandcamp